Have you once noticed that certain, relatively simple clothing pieces tend to adapt to your body without being skin tight? Maybe the fabric feels like a second skin,clinging naturally to your curves and enabling your body to move freely?
You probably aren’t aware of it but the garment was most likely created using a bias-cut technique. Never heard of this? Don’t worry, you aren’t alone. Read on and I’ll give you the lowdown on this style. (Also, as a bonus, I’ll share with you some awesome inspirations for your next shopping marathon.)

Let’s start with a bit of history and an introduction to the brilliant French designer, Madeleine Vionnet. During the early 20th century – an era of corsets and padding – the progressive Vionnet introduced comfortable bias-cut garments that a woman could put on easily. She found her inspiration in Greco-Roman art in Italy. 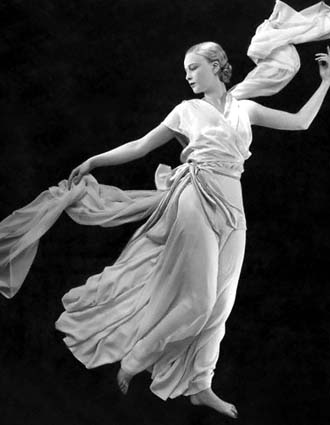 Unlike a traditional cut on the straight grain, the bias-cut technique is performed in diagonal direction of the  cloth. The process takes a lot of fabric and a lot of skill. This is the reason that quite often the mass-produced imitation of  designer garment  doesn’t bring out the best of the body as easily as the designer original.

But I’m getting a bit ahead of myself. Back to the genius of Madeleine Vionnet.

Japanese designer Issey Miyake once said: “the impression (of Vionnet’s clothing) was similar to the wonder one feels at the sight of a woman emerging from bathing, draped only in a single piece of beautiful cloth.”

And he wasn’t her only admirer. She influenced Halston, John Galliano, Comme des Garçons and many other famous contemporary designers.

If you have a curvy body and you are not a big fan of structural clothes, you may want to consider a bias-cut piece that gently accentuates your lines while floating freely around the body.

A great investment would be a minimalistic bias-cut dress that can be dressed up and dressed down. It’s especially a great choice if you have a busy lifestyle.

Wishing you a wonderful summer!

This site uses Akismet to reduce spam. Learn how your comment data is processed.